The City of Gothenburg's anniversary projects are sprung from ideas from the residents of Gothenburg's ideas. The projects help to fulfill the 400-years anniversary's goals and vision. They also add value to the city through unique solutions and events that are sustainable in the long term. They are of a different nature and represent a diversity and breadth. The projects are considered to have the potential to make a lasting impression for the future. 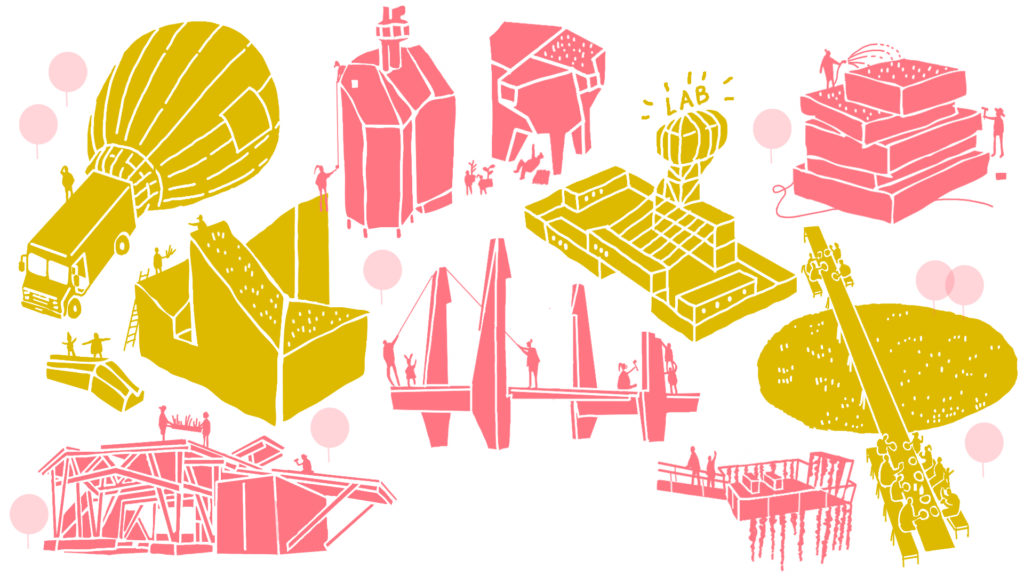 In the summer of 2023, when Gothenburg turns 400 years, the city's public spaces will become an exhibition arena under the name Prototyping Gothenburg.

Places and stories from all over Gothenburg. Created by people of Gothenburg to Gothenburg's 400th anniversary. 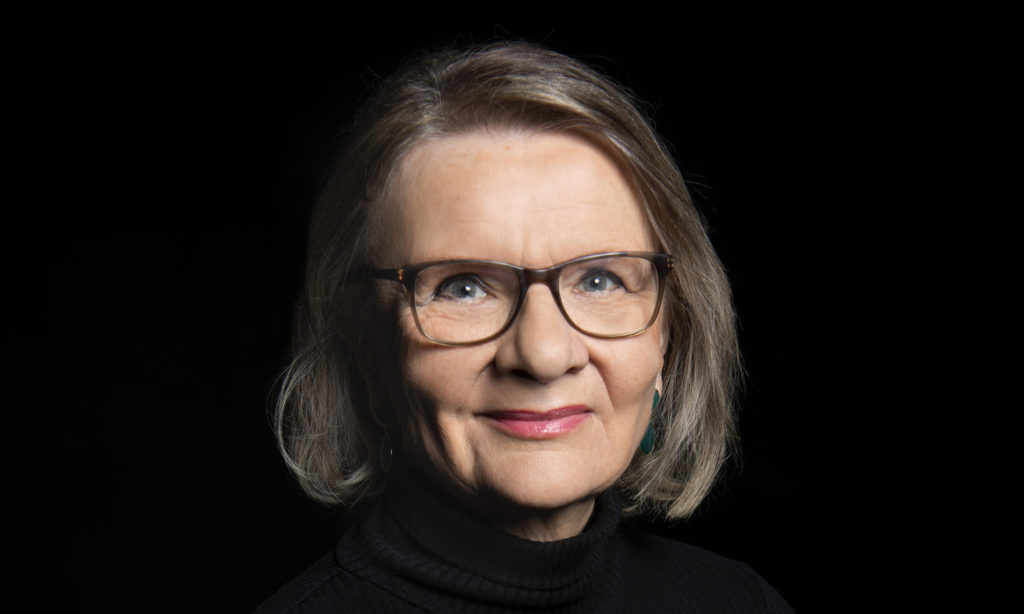 The book Varvsslammer (Shipyard`s Clatter) was published on 23 April 2021. It consists of fictional texts by the author Aino Trosell inspired from the work on the shipyards in Gothenburg. The novel is interleaved with pictures from the shipyard`s history. In 2022, the publisher will also publish the book Arven efter varven (The Legacy of the Shipyards) by art photographer Lena Öritsland.

A historical cinema experience of Gothenburg in 360 degrees

During Christmas City in Gothenburg, the city's 400th anniversary invited you to a 360-degree cinema experience in Bältespännarparken 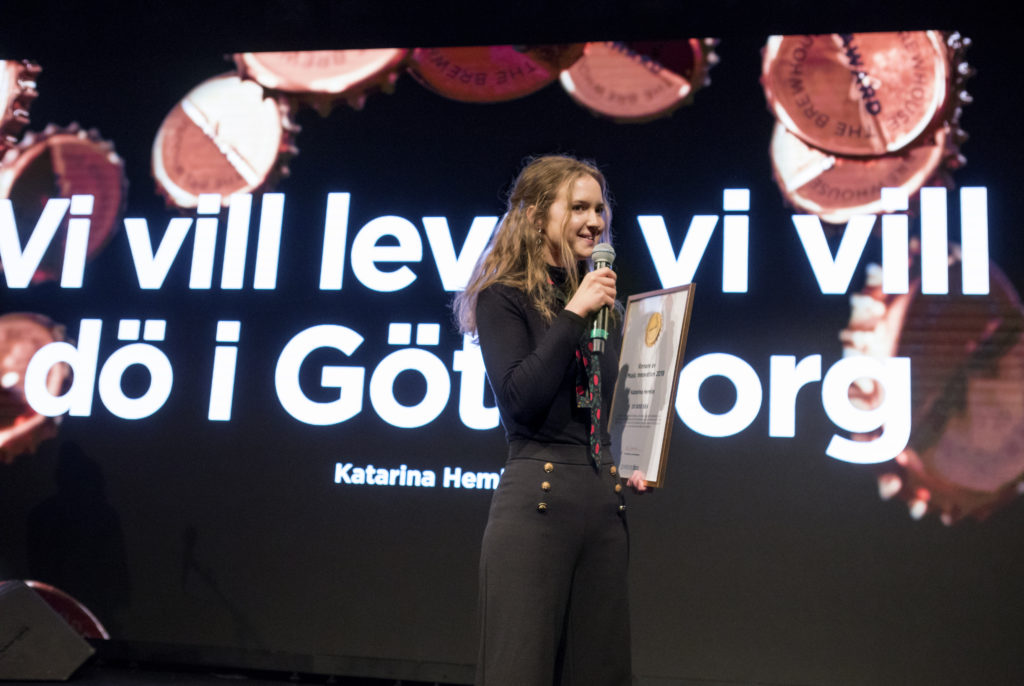 When Gothenburg celebrated 350 years, Lasse Dahlqvist wrote his most played songs "Välkommen till Göteborg" ("Welcome to Gothenburg"). The Brewhouse Award has together with Gothenburg's 400th anniversary attracted songwriters to write the official anniversary song and the winner is now revealed. During The Brewhouse Award on Januari 31, the winning song was presented, "Vi vill leva, vi vill dö i Göteborg" ("We want to live, we want to die in Gothenburg") written by Katarina Hemlin.

Artscape was a street art festival that took place all over Gothenburg 25 July – 21 August 2016, as part of the initiative during the focus year 2016 - Culture. In 2021, Artscape returned to the city and created new large-scale mural art. 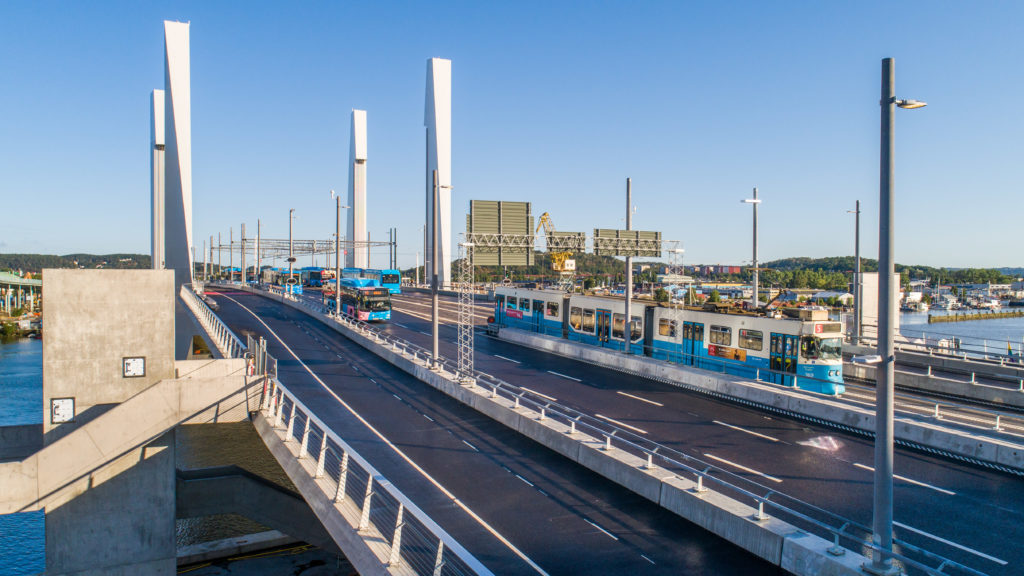 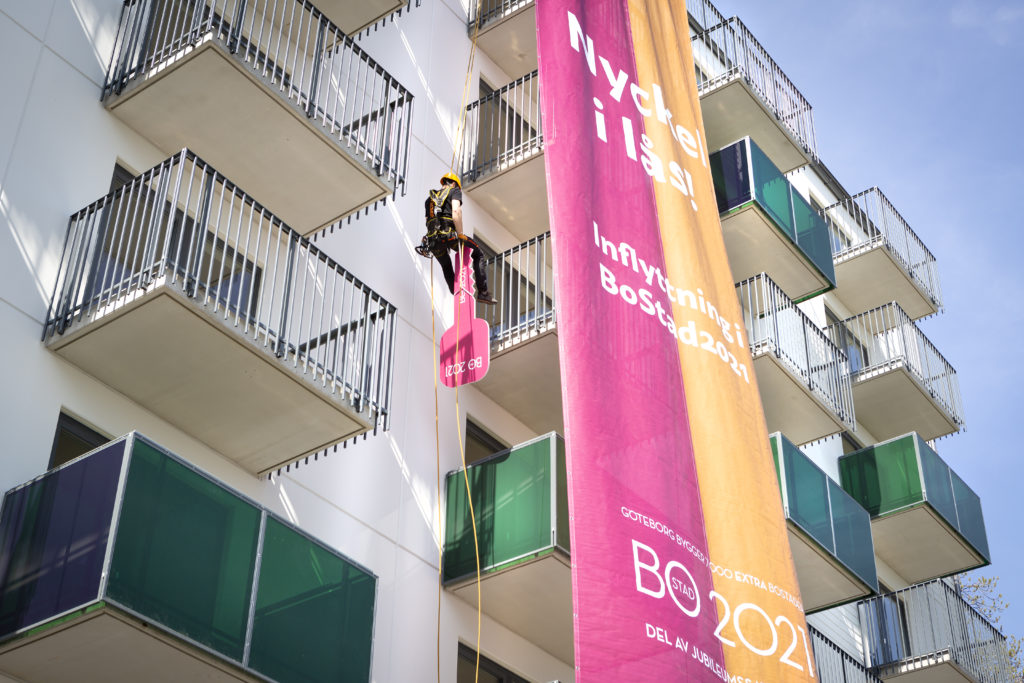 The need for more housing is an issue that has been raised by many residents in connection with our 400-year anniversary. BoStad2021 means 7,000 additional homes for Gothenburg. 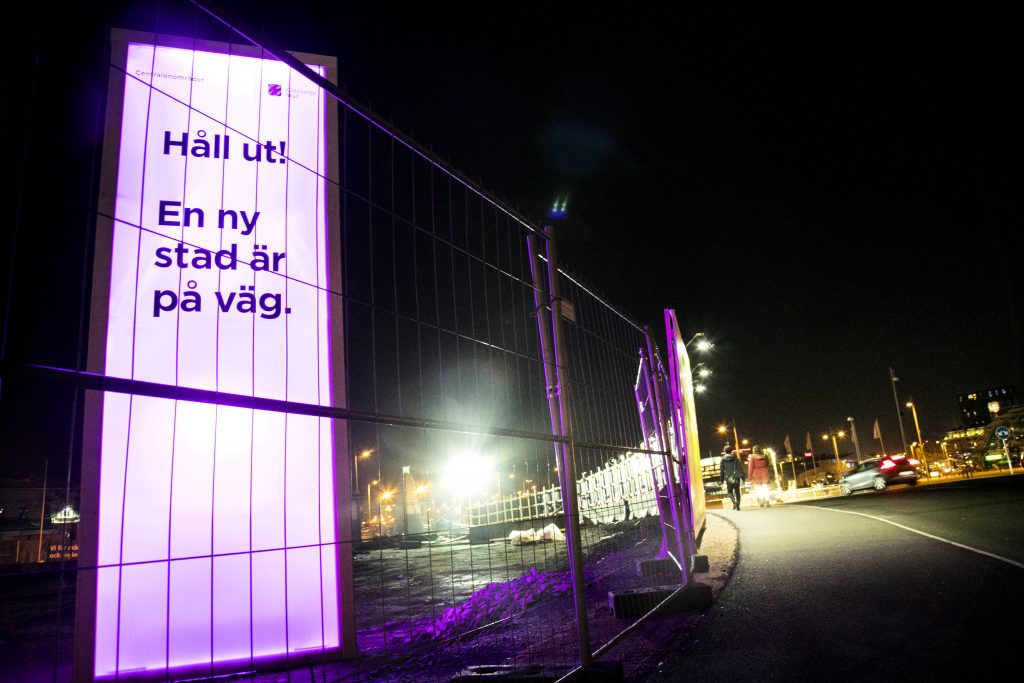 Your Place in the City

"Your Place in the City" uses the urban development web as a platform to invite people on our journey towards the new city. By showing how questions about attractiveness, security and participation can be taken into account during a period of heavy construction, Gothenburg sets a bold example that is well worth visiting. 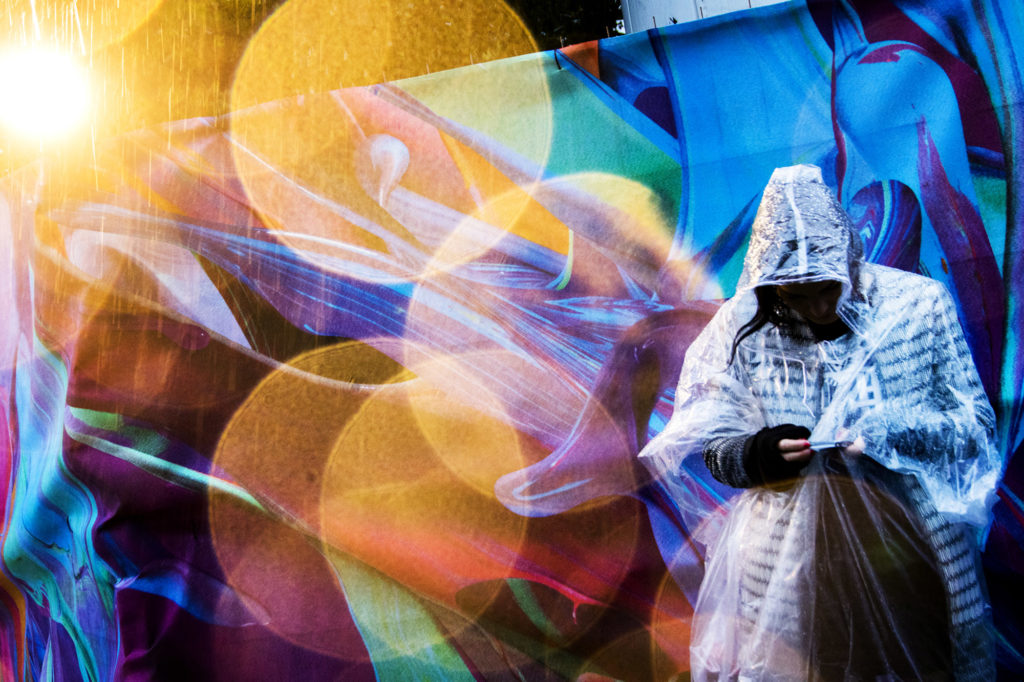 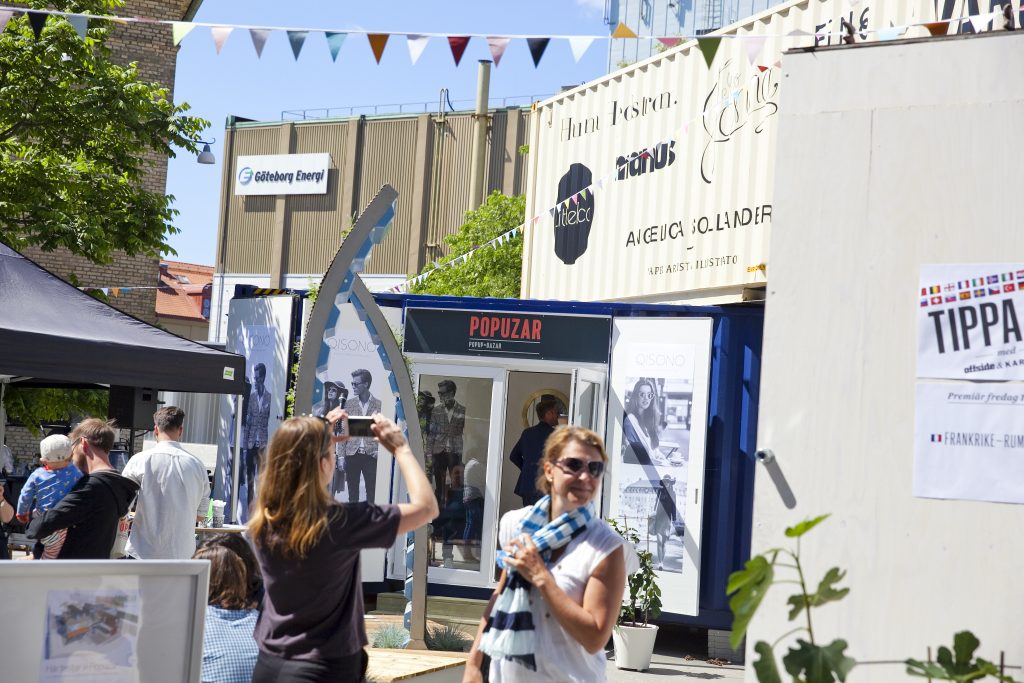 This initiative aims to provide sites with temporary building permits for cultural and creative businesses, such as handicrafts, small-scale design, art and crafts, artisan food, etc. At present there is a lack of basic sites for making and selling goods, for artistic and creative activities in central locations at low cost. Infrastructure developments in Gothenburg mean that there are temporary sites that could be used. Another purpose of pop-up solutions is to add interesting elements in the cityscape while construction projects are under way in Gothenburg. 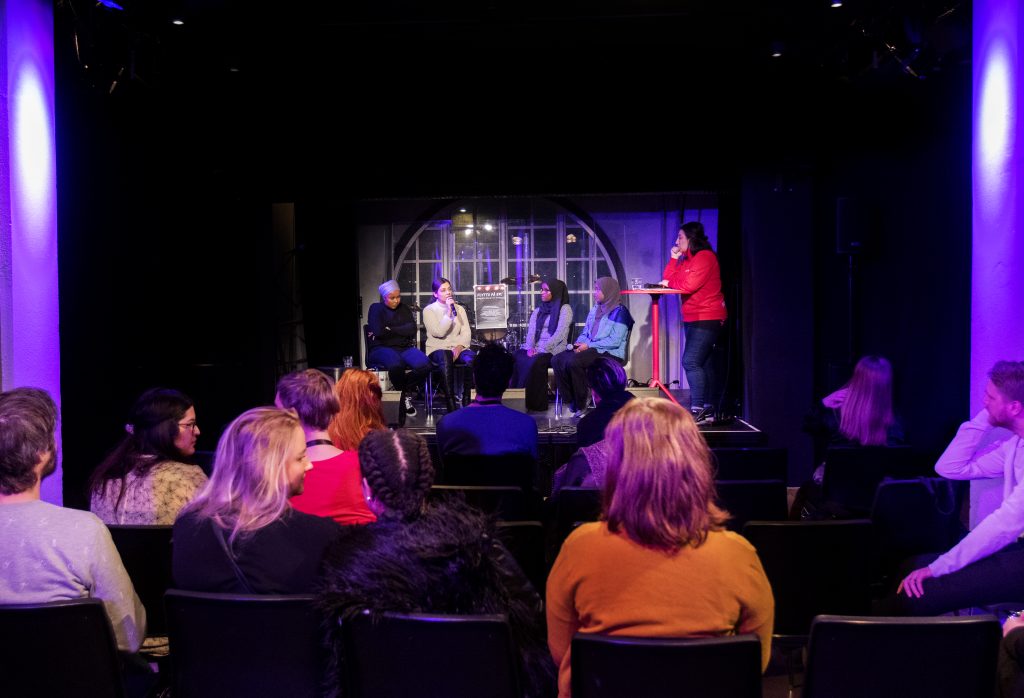 During consultations with residents about the anniversary initiatives, one of the desires expressed was to increase young people’s opportunities to get involved and have real influence. The main purpose of this project is to provide opportunities to increase residents’ participation and influence, with a special focus on children and young people. It is also the ambition to showcase democracy and the developments that have taken place in the century since the Swedish people gained the right to vote. 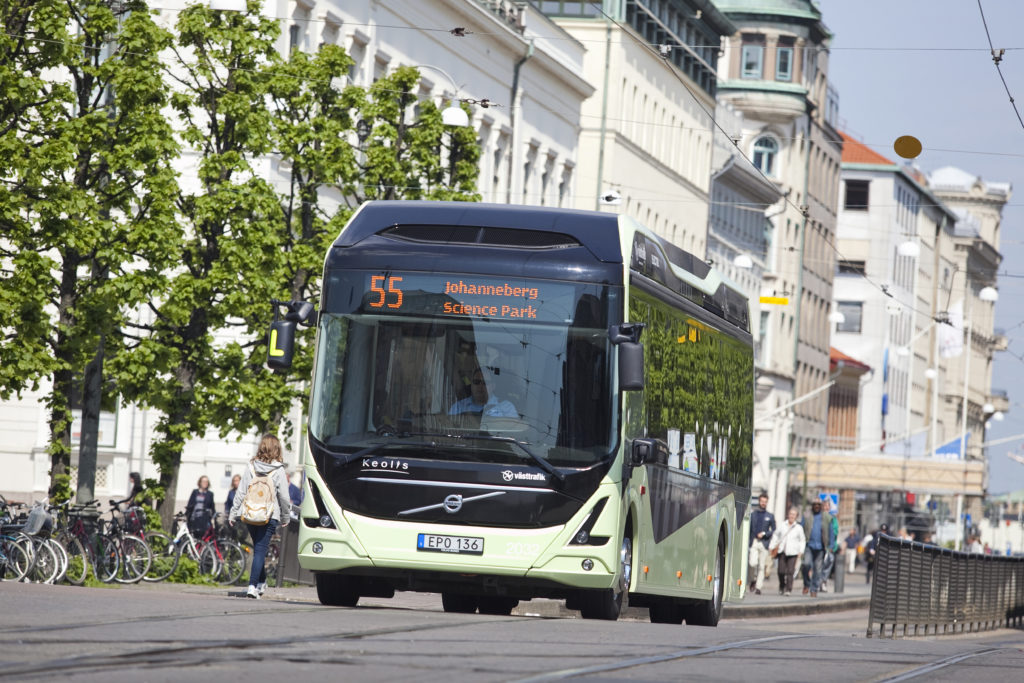 Smart transport aims to identify and highlight sustainable transport while meeting the challenges the city faces in providing future mobility and transport. 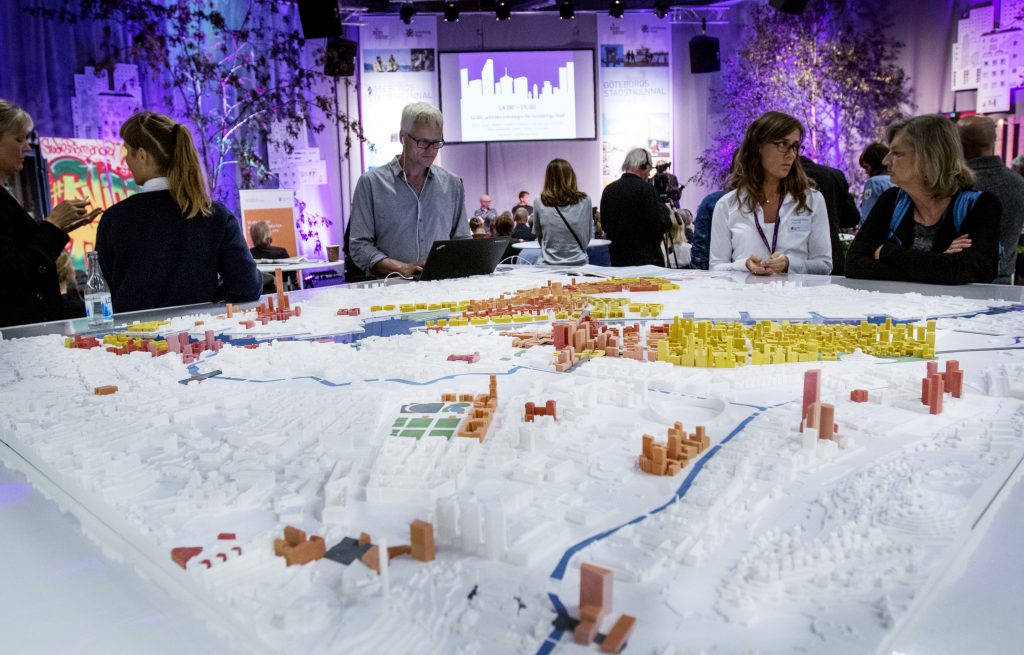 Gothenburg City Triennial is a platform for discussing and jointly creating a city. A forum for discussion and debates concerning the most urgent city development issues in which both industry and the general public are invited to contribute. Together, we are exploring new ways of using, giving and creating space in the conversation about the city. 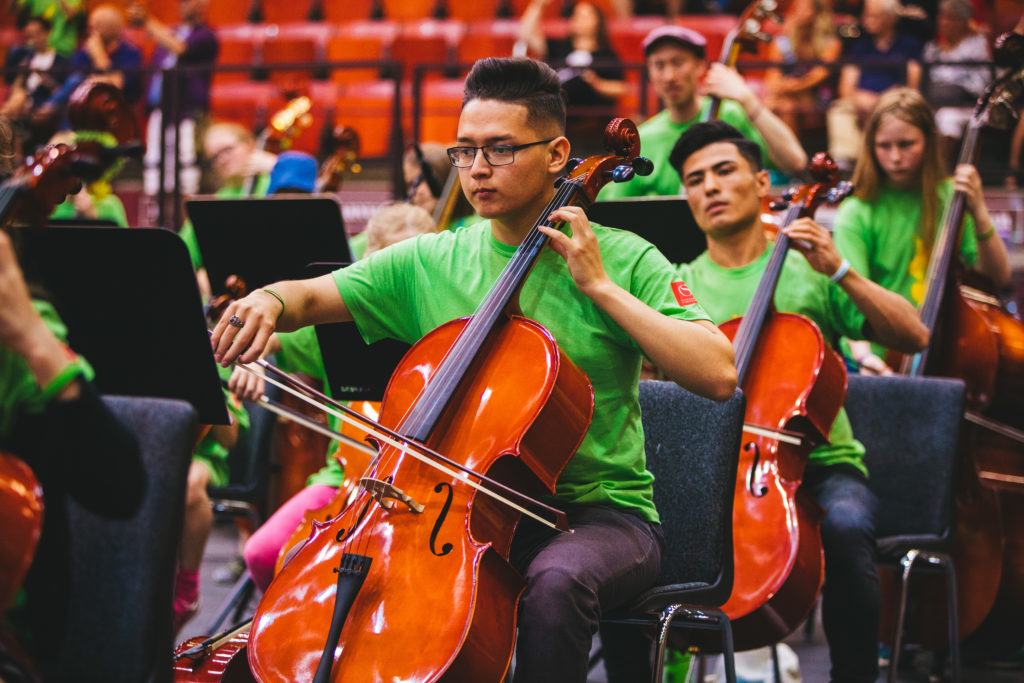 Side by Side by El Sistema

Over five busy days in summer, children and young people from all over the world meet in Gothenburg to play in orchestras and sing in choirs. Choirs and orchestras at all levels give participants of all ages an opportunity to play and find musical inspiration. 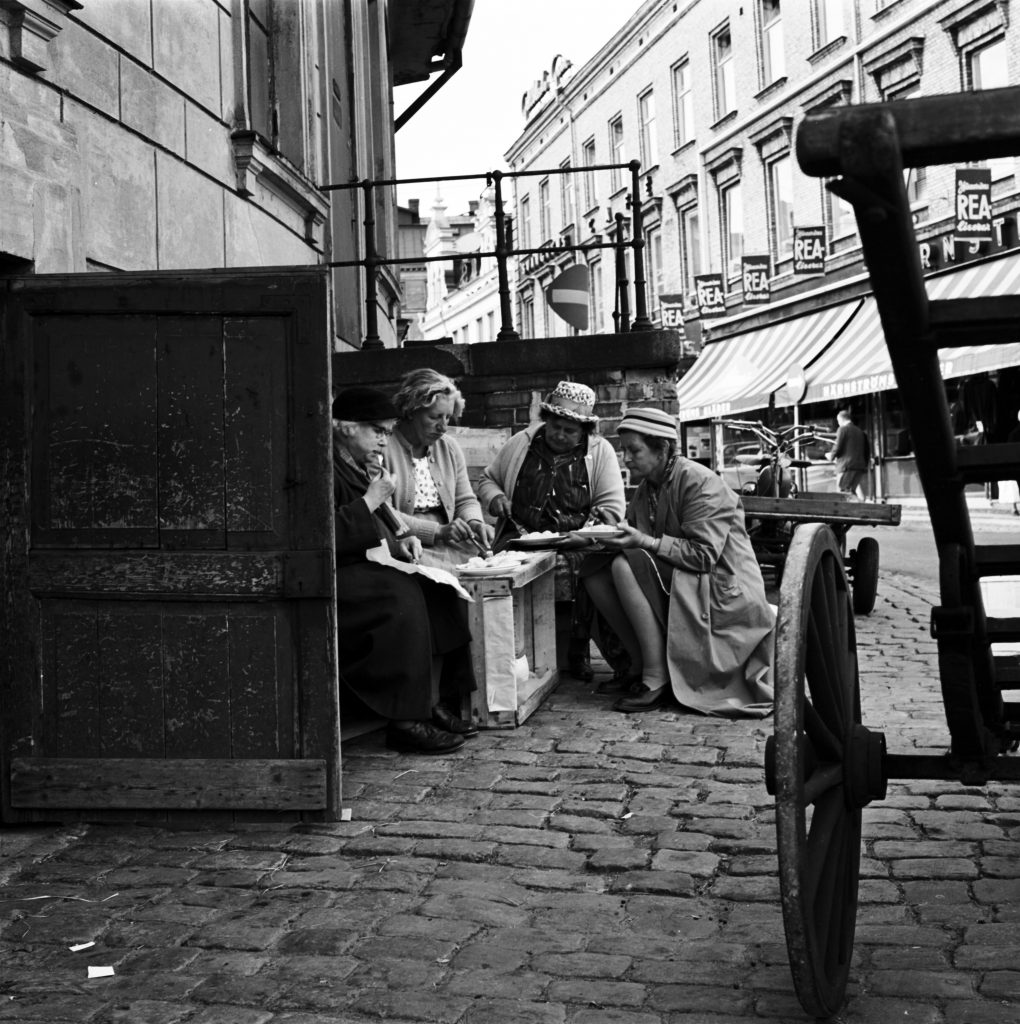 Gothenburg Tales aims to give people a stronger sense of belonging, identity and connectedness in Gothenburg – whether they have recently moved here or lived here for generations. A large number of personal stories have been collected to give insight into residents’ experiences and lives. 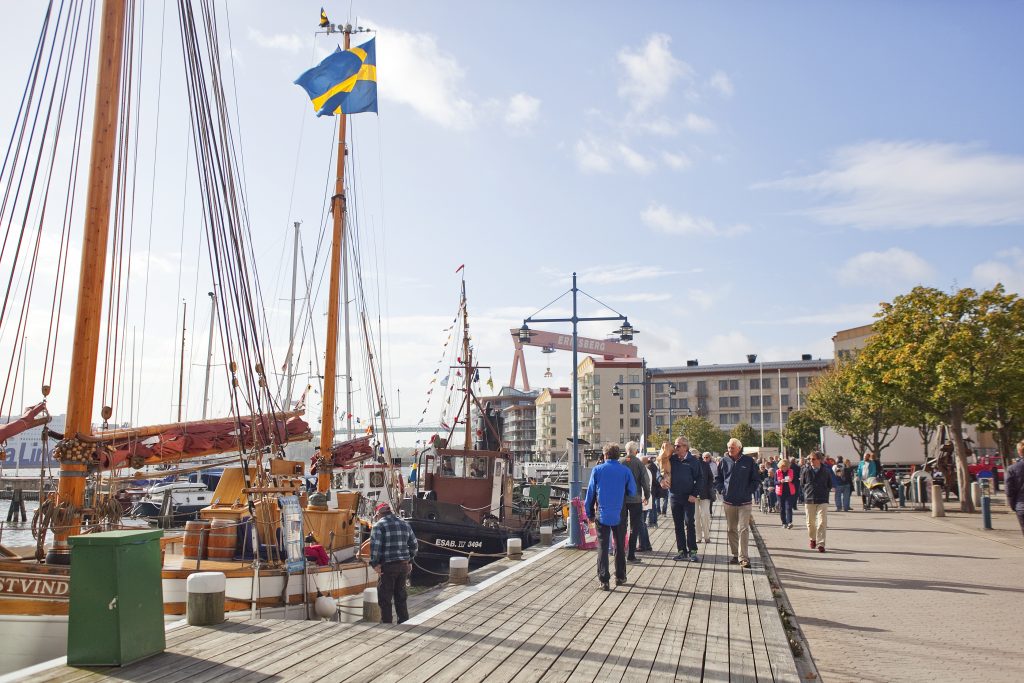 Integration through the docks at Eriksberg

This is a collection of historical boats and working boats from various eras and home ports. Strong emphasis is placed on bringing in people of different ages and backgrounds. This promotes an exchange of ideas and knowledge about how these boats were maintained and sailed. There are various organised activities, courses in seamanship, talks about our cultural heritage and ongoing maintenance work. The docks will also be an appealing day out for many residents of the city and visitors.

The aim of this anniversary initiative is to create social, cultural and ecological meeting places in the city by 2021. In response to the wishes of residents, blueways and greenways will make it easier for people to get around and meet others from different parts of the city, relax and enjoy culture and nature 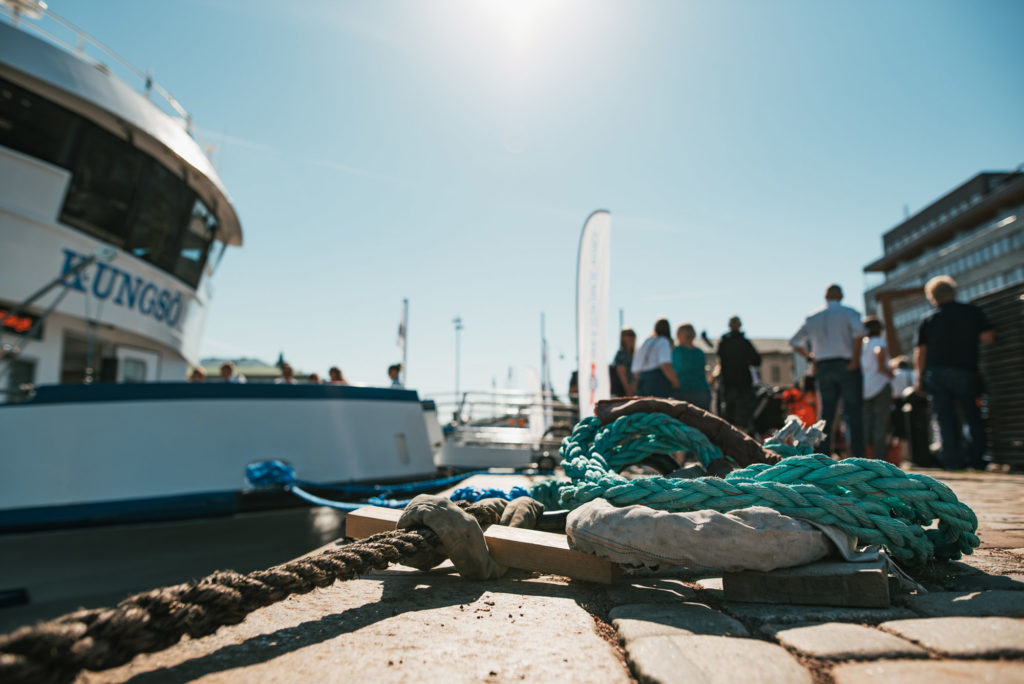 This initiative aims to improve transport links from the city centre to the archipelago and vice versa, and at the same time put the archipelago on the map. Among other things, this work has led to more departures to and from the city centre in summer and all year round. This is an ongoing initiative in collaboration with various stakeholders, including the Västra Göteborg District Administration, the Municipality of Öckerö, Göteborg & Co, Västtrafik and Styrsöbolaget. 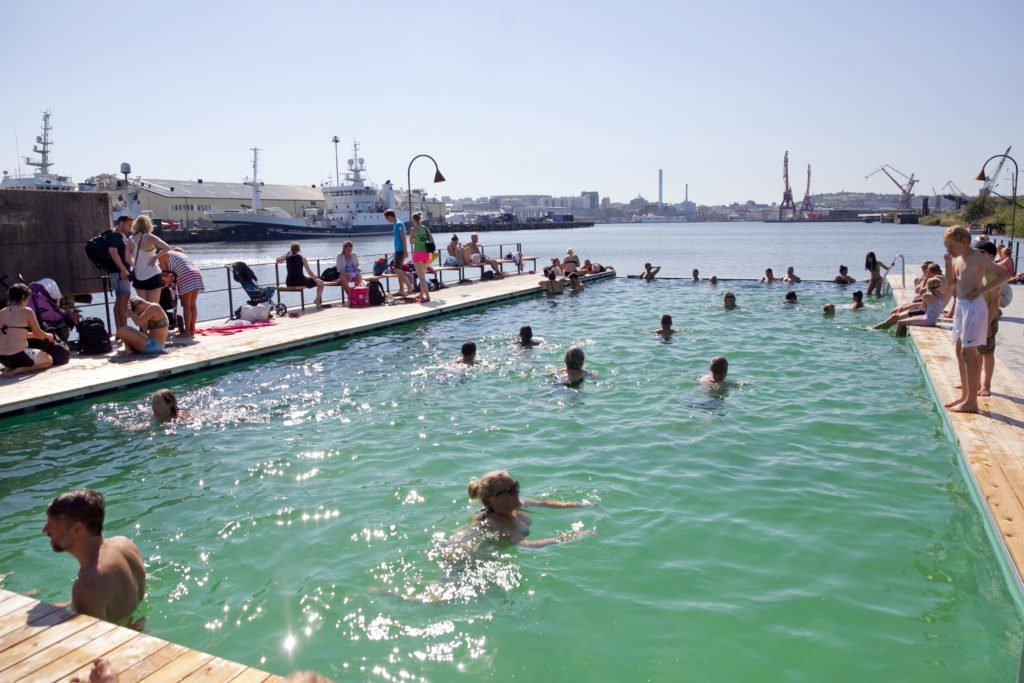 The Jubilee Park is located close to the water, surrounded by green spaces, is emerging in Frihamnen. The ambition is that the Jubilee Park will be open to visit during the entire expansion of the area and that it will be built together with residents, schools, associations and businesses. 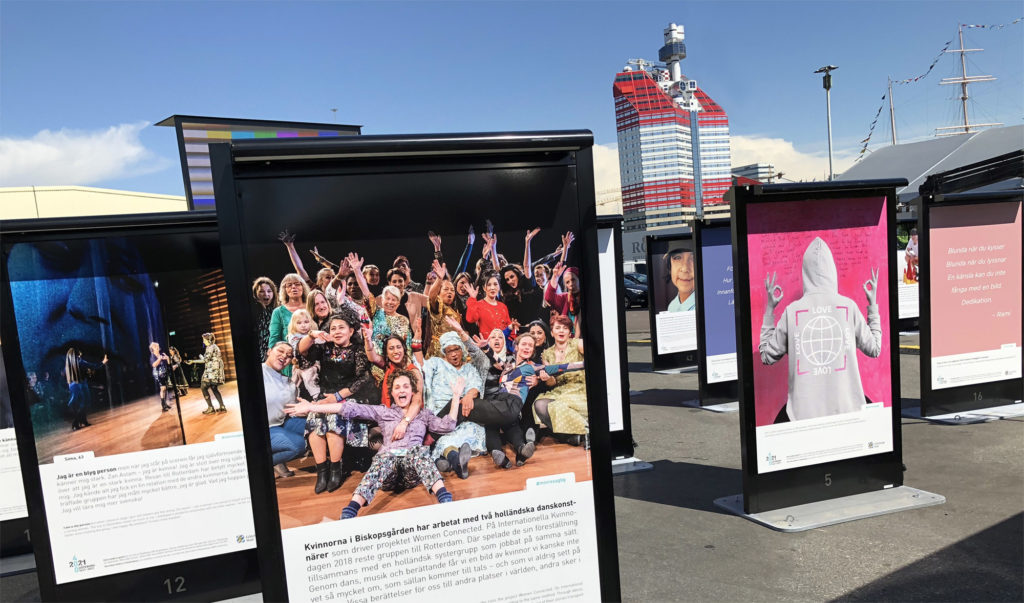 The Urban Gallery of Gothenburg is an exhibition, of and by the city´s ten districts, that is part of Gothenburg’s 400th anniversary 2021.