The new bridge between Hisingen and the mainland, and will replace the current Götaälvbron, will soon be ready. Hisingsbron is a lifting bridge in steel and concrete. It is easier to walk and cycle over the bridge, compared to the Götaälvbron. The bridge consists of Arpeggio, which is the bridge section over the river, a connecting public transport bridge.

Hisingsbron opened for traffic on 9 May. On 16 August, tram traffic was released. Since the opening, everyone could inaugurate the bridge in their own way. On September 5, it is time for the final inauguration ceremony where His Majesty the King will be the last to inaugurate the bridge. 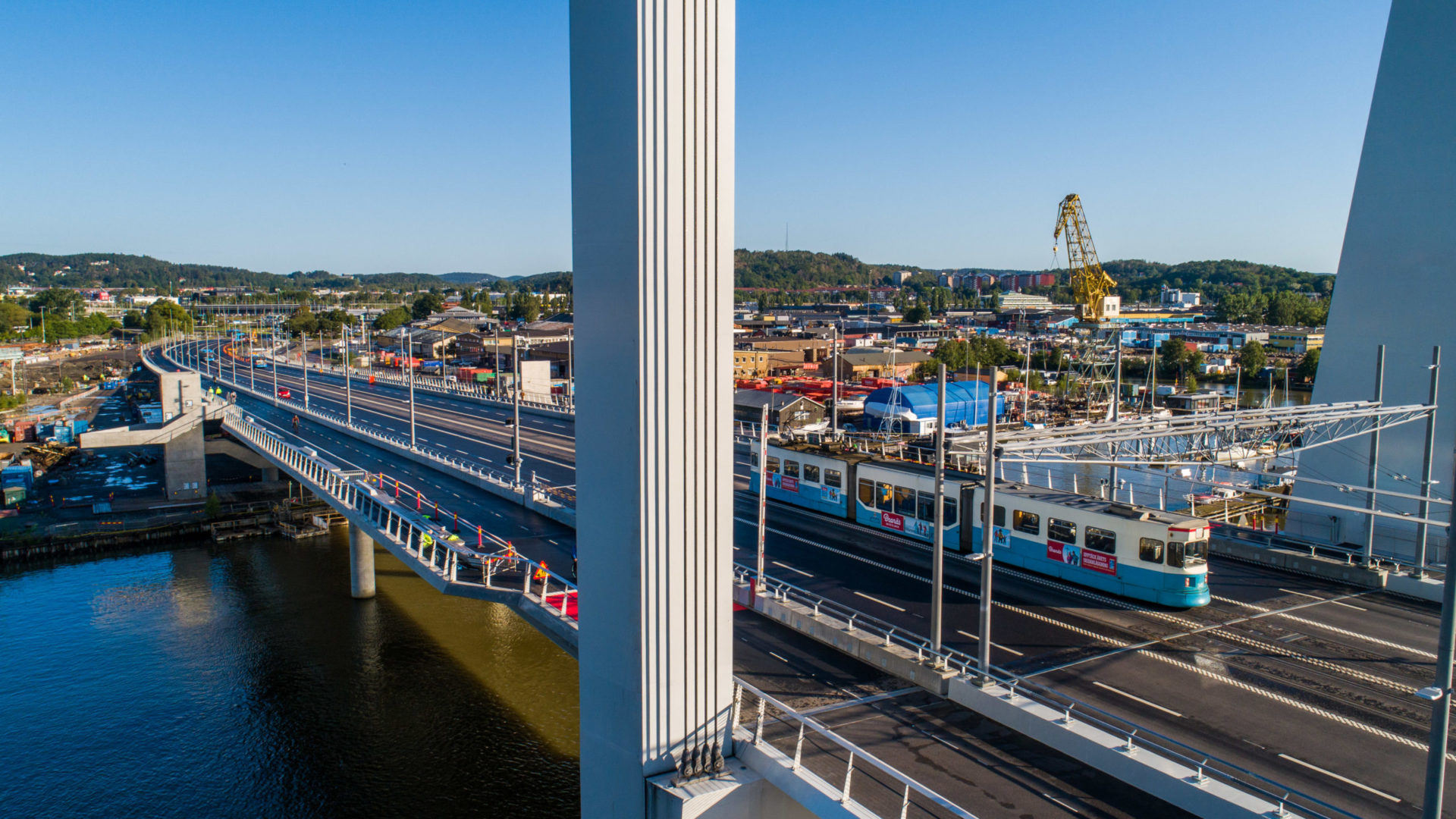