Download a .pdf with a map to Gothenburg’s Land Art 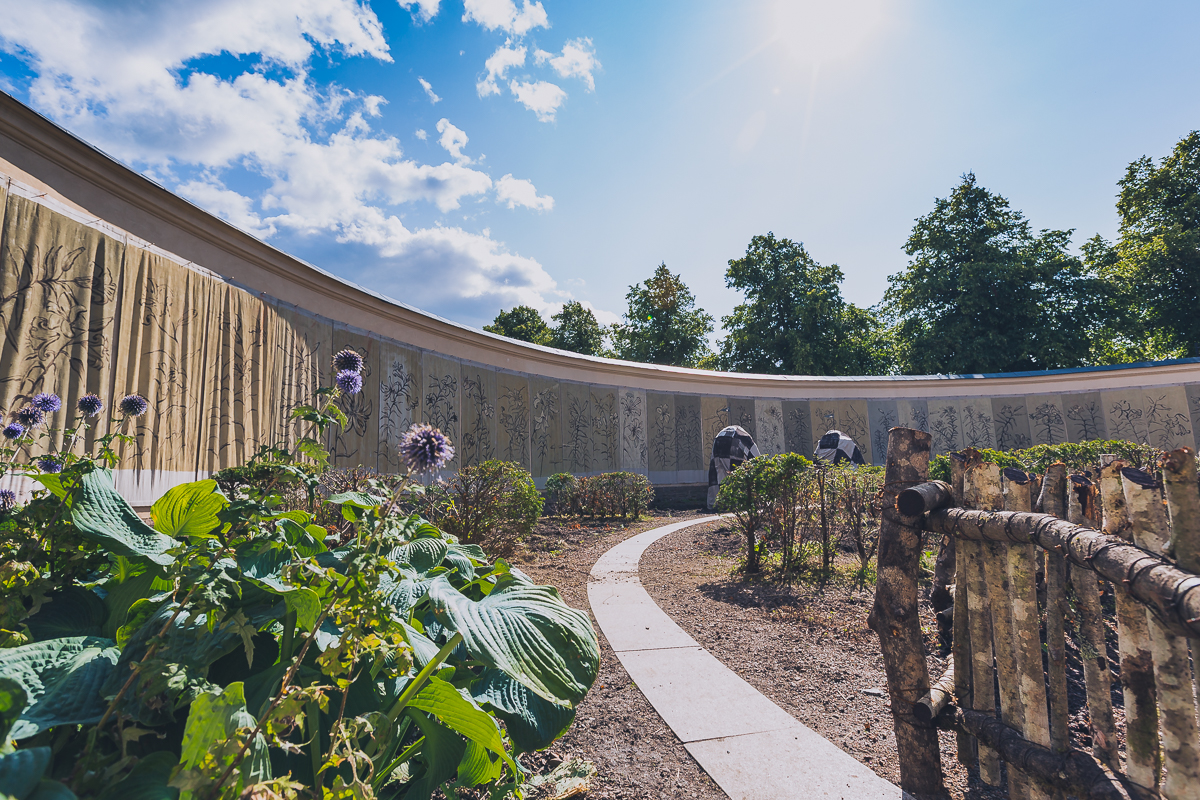 Lilies have become Tage’s favourite flower at “Gunillaberg” farm in Småland, where he works when he is not at his shop in Copenhagen. This inspired him to create a “lily garden” in the former prison yard in Härlanda. Tage has enriched the soil with manure from his pot-bellied pigs during the fall of 2017. In December, 2,500 lilies were put into the soil wich will blossom in the summer of 2018. This is a place to revisit at different times of the year to see the seasonal variations. 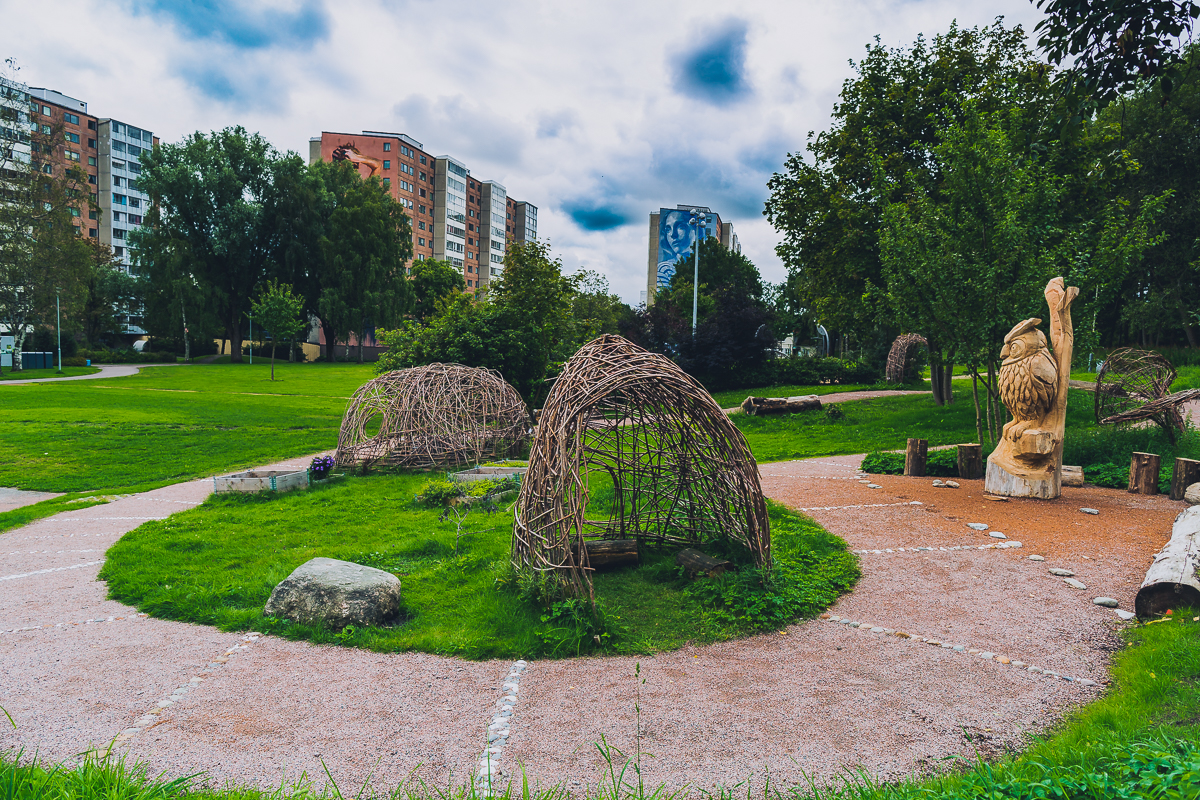 Positivparken next to Frölunda Cultural Centre (Frölunda Kulturhus) is one of four adventure playgrounds in Gothenburg and is located in an area surrounded by homes, a square and a school. Hjärtats väg is based on ideas suggested by Children and adults during a workshop on Positivparken Day in June 2017. Everyone who wanted to take part in sculpting, building and creating art in the landscape was involved in the process. 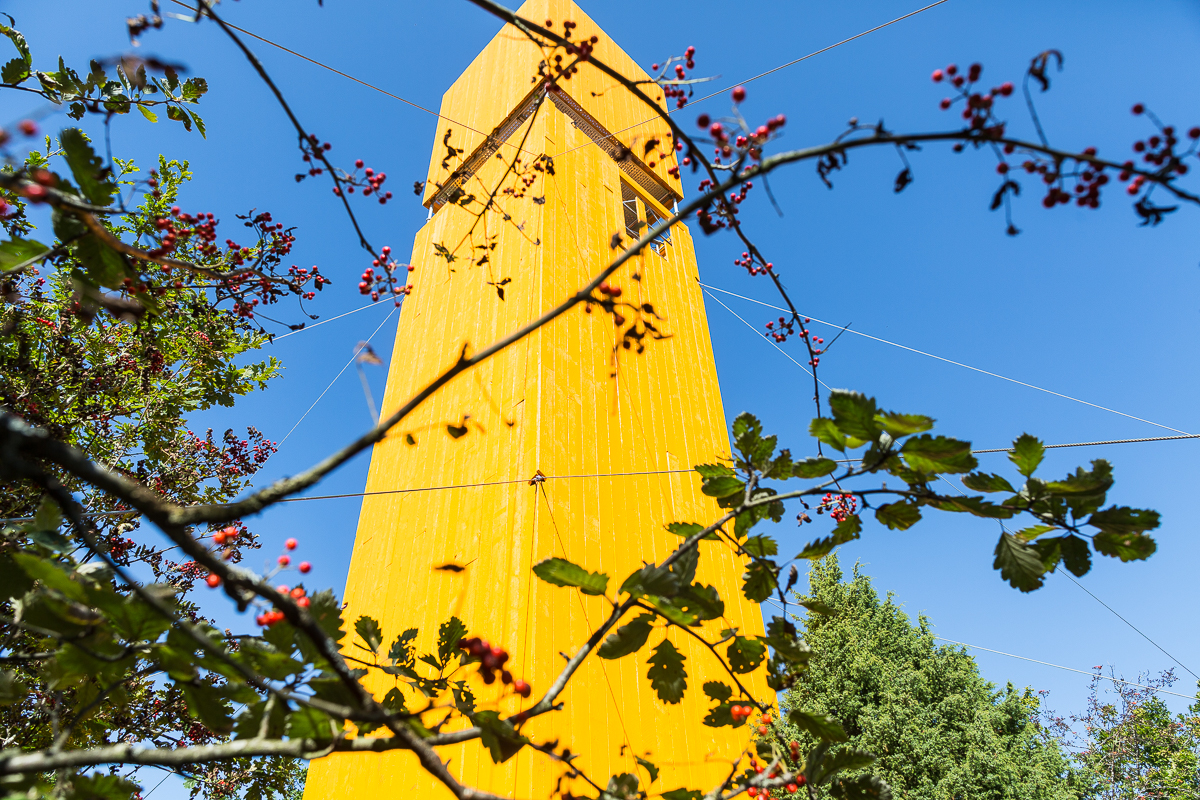 NUET is a kind of temporal lookout Tower from which you can see what cannot now be seen; an installation that marks the transition between the past and future. From NUET you can see urban development and the spread of humanity, at the same time as sprawling nature. There is also an overview map showing what we see, as well as various events and buildings that are not visible now but existed in the past or will exist in the future. 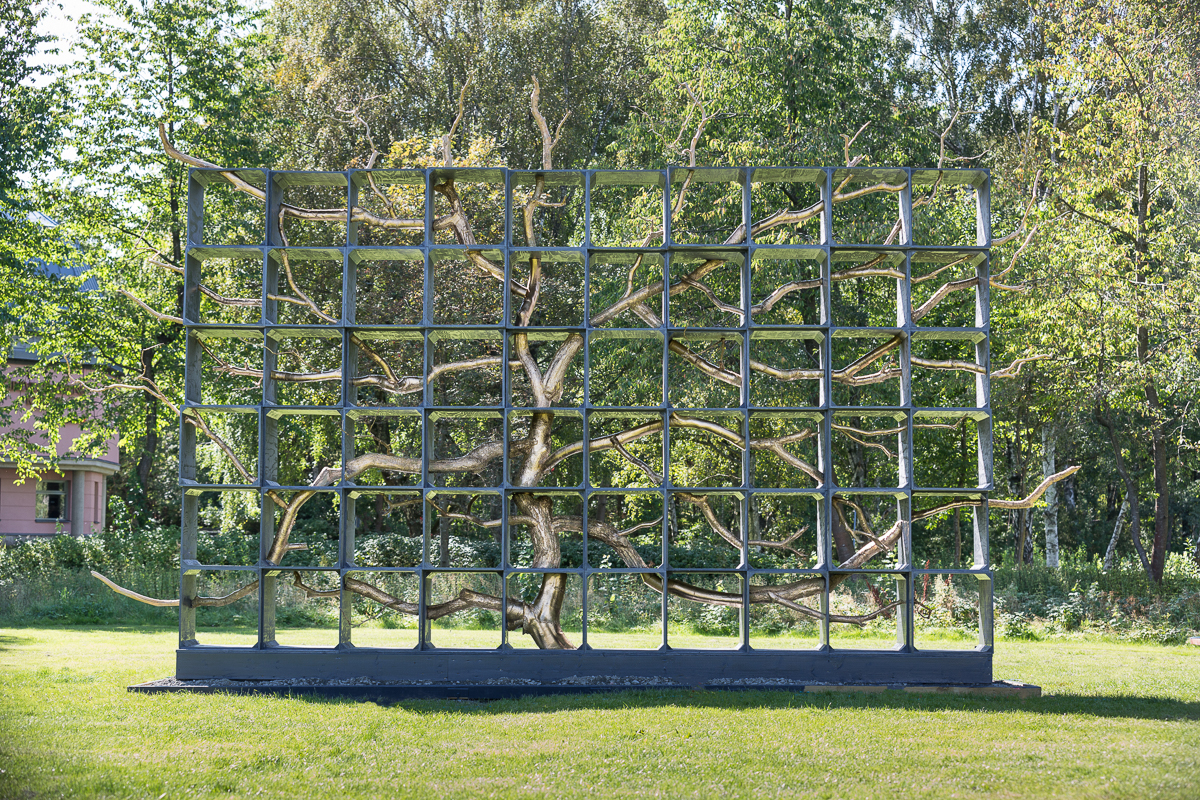 Bergkristallparken in Västra Göteborg:
The Golden Tree by Tetsunori Kawana

This work by Japanese artist Tetsunori Kawana, The Golden Tree, will be completed in time for the Tellus Festival in September, and is a celebration of the life-giving tree. The stump of an old fallen tree is painted gold and supported by 60 wooden crates to help it continue to grow. Work on this installation is a
declaration of love for nature, creativity, art and life. 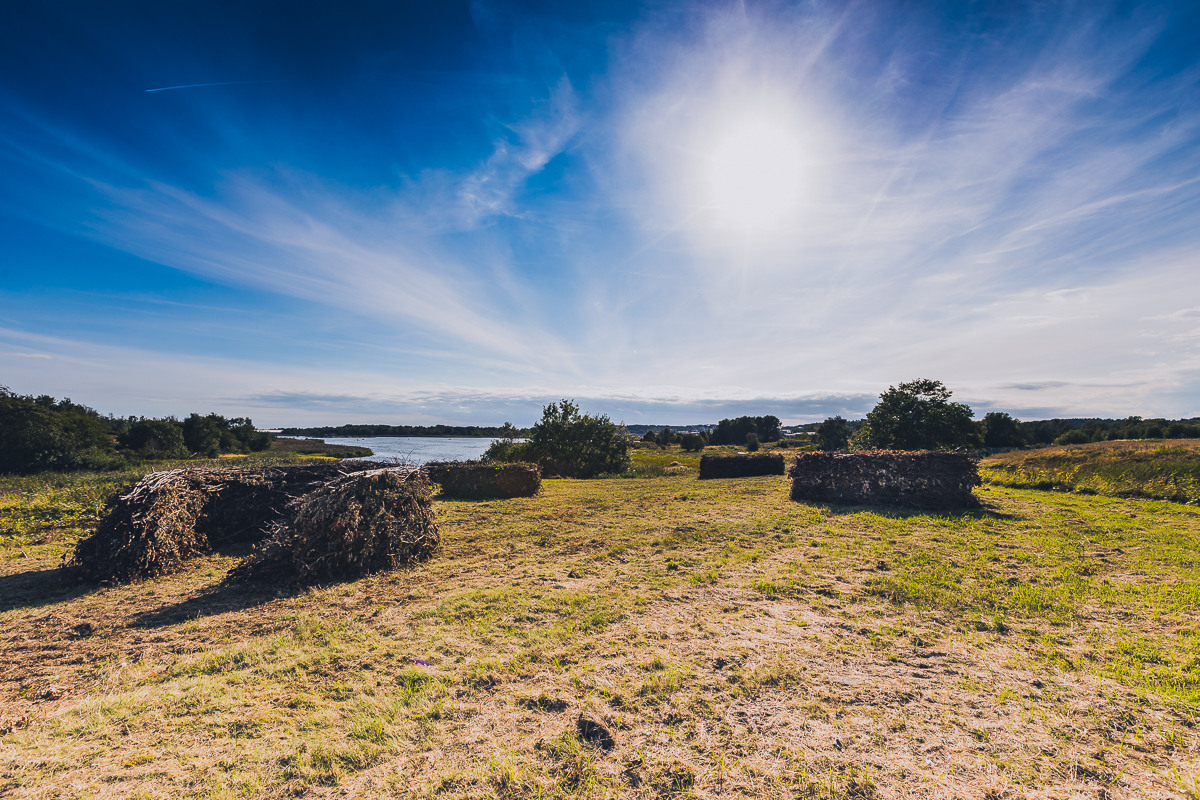 At Torsviken you can see Gunilla Bandolin’s collection of swans’ nests on a human scale. From the site you look out over a landscape that is largely man-made. Oil tanks are dotted along the cliff walls and remnants of an airport runway are visible nearby. There are concrete areas for repairing boats in the boatyard, a newly laid road, a new retail centre, old allotments and pasture for cows. Yet, the Power relationship between nature and culture is apparent here – it is people and the communities they build that have the initiative. 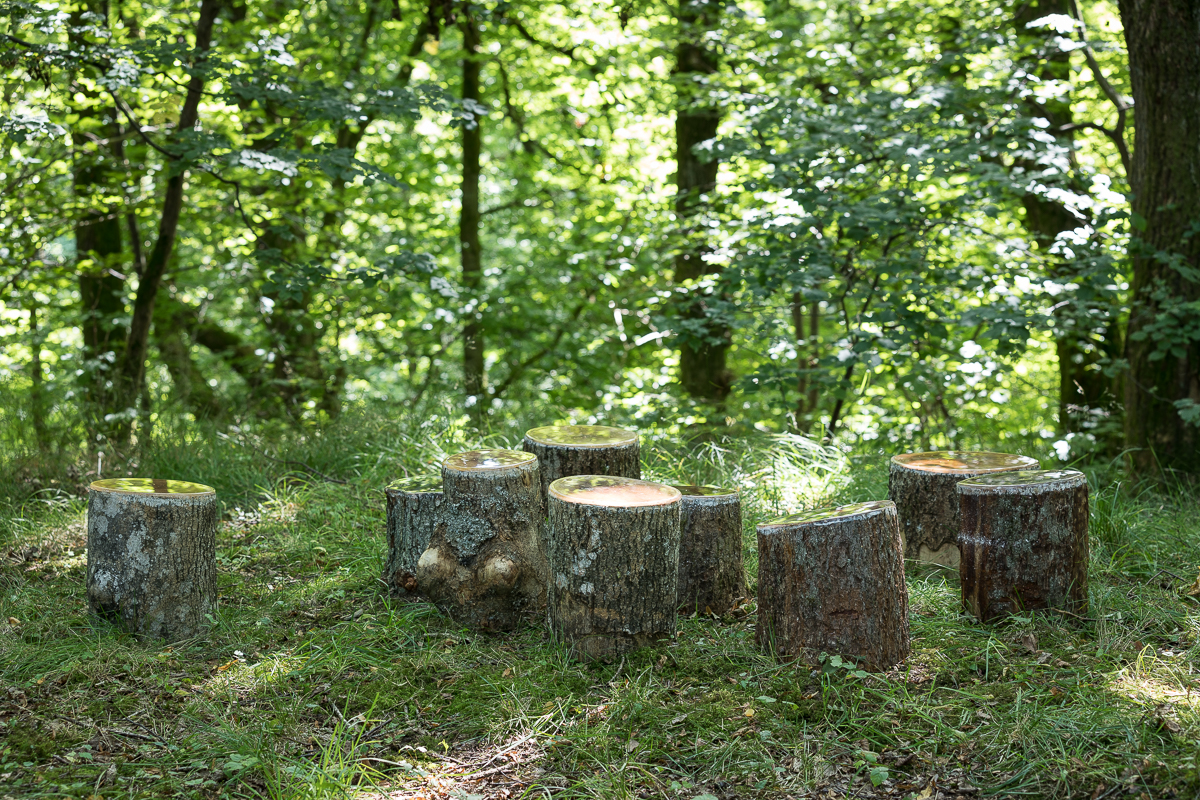 The installation Touchstones can be found at seven locations along the stretch of the valley that links Eriksbo to the centre of Angered (Angered Centrum). Artist Monika Gora’s addition to nature comprises low, minimalist stools made from logs that provide an inviting place to rest your legs. Each Touchstone along the way has a mirrored finish with an amberlike surface that reflects the sensuous impression of the Lärjeån river, and invites you to touch it and linger here. The word touchstone originally referred to the stones that were used to test whether gold was genuine.

Marie Gayatri during an event.

Art project in Bergsjön:
Healing our stories by Marie Gayatri

In Bergsjön, the artist Marie Gayatri has created an art project that includes a series of events during the winter months, both indoors and outdoors in the district. What binds the project together is the content of the 30 points for human rights. With a focus on the environment and also in a global perspective where the goal is to achieve a sustainable living space for individuals as well as societies.